This little snippet saved my sanity. It means you don’t have to manage the dimensions and initialisation when using tables as multi-dimensional arrays in Lua.

I just discovered the strict mode script in lua that check if the variables you use have been properly initialized. It is useful to prevent making typos in your variable that can go easily unnoticed and create bugs.

Update: It seems this piece of code is actually already in the SDK you just have to import 'CoreLibs/strict'

This is random but I just wrote this function to generate an array of midi notes. Maybe someone some day will find it useful besides me.

I’ll happily be your first customer on this one, Dustin : D
I’m having a hard time understanding how to generate good random musical scales for my game, it’s all very new to me.

Here a very simple parser to get paths from a svg file.

So when I was working on the LDtk level loader, something that was bothering me was that parsing a level was not fast enough. To solve this issue, after reading a level, I was exporting the result in a lua file that can be used instead of the json file.

I wanted to share a simpler version of this that could be used more generally. But the general idea:

Using “level_1-1.json” from the SDK example as a comparaison, loading the pre-parsed lua file is 5 times faster on the playdate than parsing the json file normally. For the svg parser I posted earlier the advantage is even more pronounced since this is 10 times faster.

Big caveats
The biggest drawback of this technique is that you need to be aware of the cached files otherwise you might have edit the original file and the game will still load the previous pre-parsed version. It get even trickier since at the moment files are not deleted when uploading a game to the playdate (so you might delete all the pre-parsed in your project but on playdate it will still load some file you don’t even know are still there)

Tips
I created a symbolic link in my save folder to the “preParsed/” folder in my project so that I don’t have to manually copy the files.
I also wrote a function in my project to pre-parsed all files in one go. Right now I call it when the game start since there is not that much files but later I might simply call it from the simulator console when I need to create a build.

In my build process I manage something similar by copying the timestamp from the original file to the processed file. Then I compare file timestamps to see if I need to reprocess the file.

But I don’t think it’s currently possible to do this on the device using standard SDK/Lua functions. SDK can at least get modified timestamp but can’t set it.

This is something I experimented with. The best solution I came up with was to have a symbolic link to the whole project folder in the save folder to be able to check the file modification time for the original file, not the one in the pdx.
But requiring proper setup of the save folder for the feature to work, I thought is was getting over-complicated so I preferred a simpler solution.

I would actually prefer to have full read/write access to my project folder to be honest, that would work way better (similar to playdate.simulator.writeToFile(image, path)). But when I thought about it, would I want all game running in the simulator to have full access to my files? mmmh not really.

Put together a tiny Playdate utility to experiment with the built-in easing functions. It’s a single lua file, easy to build and run on device. Not a bad way to tune animations and experiment with additional ease settings like softness for back and amplitude/period for elastic. Also nice to get a sense of how an animation may feel on device.

Just used this for the first time and it worked great! I had an issue trying to unsubscribe when I was using an anonymous function.

A simple solution I found while looking at similar libs is to return the function that was passed to the subscribed function and then use that for unsubscribing.

Thanks for this. I’ll think about this a bit!

Here is a set of helpers I found useful while working in C, you need to initialize asap and not use until you have initialized or you will get crashes. Doing it first thing in the event handler should be fine.

I use this for static level data. I put the lua files in my source folder and load the resulting pdz that pdc automatically creates with file.run

Based on a conversation in the Playdate Squad Discord earlier I came up with some functions for drawing bezier curves in the Playdate Lua SDK by using line segments. Both quadratic beziers (3-point) and cubic beziers (4-point, the kind you'd find in most vector drawing apps) are supported!

This file has been truncated. show original

This site has a nice interactive demo to compare both kinds of curves and the step parameter: A Primer on Bézier Curves

I'll add this here too in case the announcement thread falls by the way side. I'm working on a little Amiga mod player, blast from the past but could be very useful given the memory constraints if we can get it to run fast enough on real hardware. 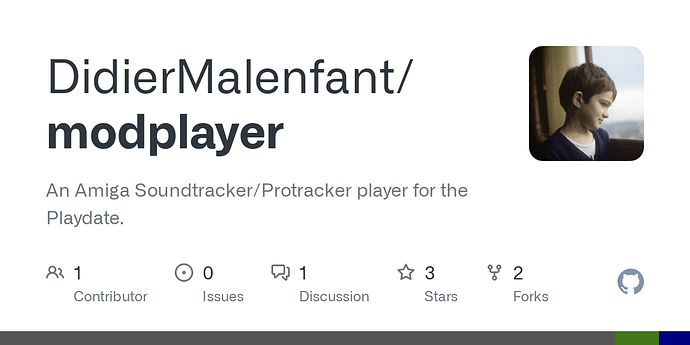 You may want to check for overflow when implementing calloc. It's one of the reason it's best to use calloc versus malloc with a total size to avoid buffer overruns (although on PlayDate it probably will not be an issue given the lack of user input on these calls).

I built a dependency/package manager for Playdate: https://github.com/jm/toybox Just got the binary releases up (accessible at Release First release! · jm/toybox · GitHub) so I hope folks can give it a spin. I'm working on getting it published in package managers etc so it's easier to upgrade.

I also published a repo of examples for things that don't currently have single file examples so that they have focused example scripts to learn from: https://github.com/jm/playdate_examples I'll be adding to this as I experiment with more of the APIs for sure.

Amazing! I'm working on a little eurorack modular synth app for the Playdate, but I love trackers. My Polyend Tracker is my fav piece of gear! 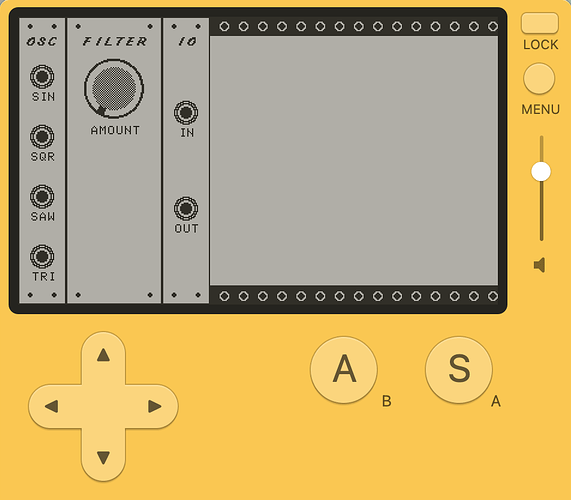 Mentioned in a discussion thread I created, but wanted to drop this here in case it's useful to anyone checking this thread in the future. I started work on a tool to more easily view and choose dither patterns directly on device: 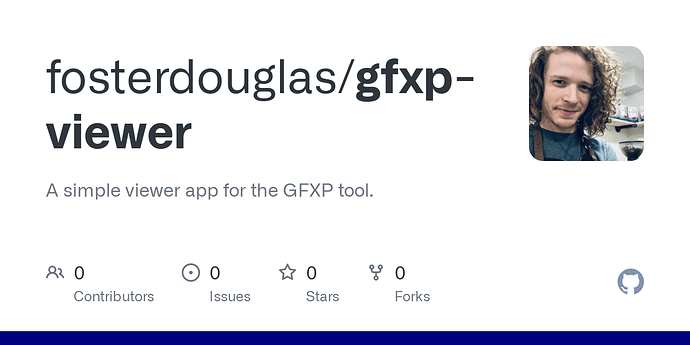 GitHub - fosterdouglas/gfxp-viewer: A simple viewer app for the GFXP tool.

A simple viewer app for the GFXP tool. Contribute to fosterdouglas/gfxp-viewer development by creating an account on GitHub.