Help with coding for ordered events

Hello! I'm new to Plup, coding, and making games. I'm making a dungeon puzzle game, Never Eat Soggy Waffles, but I'm not sure how to code in the puzzles. 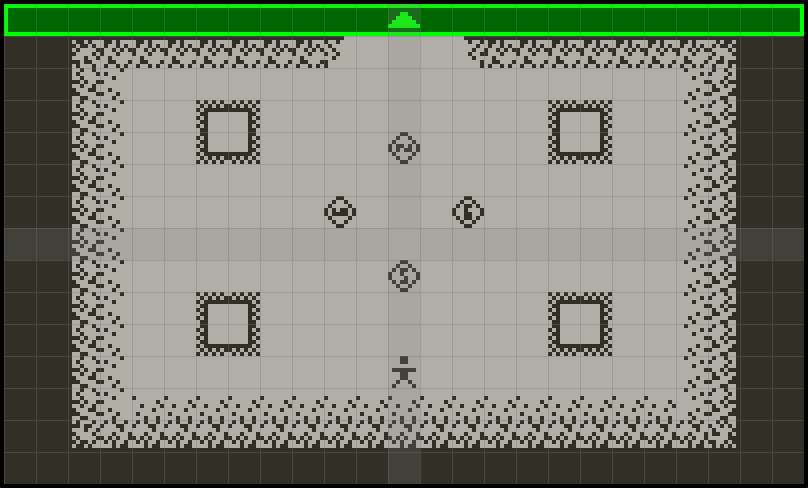 Do you mean the player needs to stand on the single tiles that say "NSEW", or the larger square blocks towards the corners?

If its the latter, you might find it simpler to begin with to redraw these so they are each a single tile, rather than spread across 4 tiles each. That will make it easier to check which has been stood on and in what order without worrying about the player walking over multiple tiles of the same block. You can always then change it later after getting the code working!

One of the best ways to code, especially as a beginner, is iteratively - start out with a very simple problem, get it working, then make it a bit more complicated, solve that, and repeat until you end up with what you really wanted.

In this case I would start by just coding a single button that unlocks a door, rather than four that need to be pressed in order.

Make your button as an item tile. This way we can make some code run when the player steps on it with its collect event:

See if you can get that working! Once you do it'll be easier to build that up to four buttons being pressed in order