This is a development thread for my upcoming automation game, now titled Factory Farming. The game will be a simplified "Factorio clashes with Stardew", when you will exploit the land using automation to maximise throughput; maximise profit.

In Alpha 1 ( Efficient sprite animation? For a large number of sprite instances - #9 by ncarson9 ), I experimented with the Playdate's sprite system on its own, and saw how far I could push it. The answer: not nearly far enough for my goals! But this was not unexpected. The sprite system is a general-purpose tool, it is obviously not optimised to form the backend of a factory simulation...

It's all in the chunks

In Alpha 2 I wrote a proper backend to handle the sending of data to the sprite system and the simulation of the factory. The world gets split into chunks, with sprites in the current and surrounding 8 (when zoomed out), or current and neighbouring-corner 3 (when zoomed in) chunks are delivered to the sprite system and simulate (or "tick") at a fast rate of 16 'regular' ticks/sec.

To balance performance, the sprites for individual conveyors (which are animated) only get added when zoomed in. When zoomed out, all of the graphics except for the moving cargo sprites are baked into the background images.

The rest of the map outside this small region is kept out of the sprite system, but still ticks at a slow rate of 2 'big' ticks/sec. Hence the factory still operates outside of the visible range, just at a lower granularity. The simulation is hence also not in "lockstep", unlike Factorio proper. This Alpha 2 build can still be found on discord in the testing channel ( Discord ).

Now I am ready to post Alpha 3, the game most importantly now has an automated saving and loading system - so you don't have to start from scratch each time! The game's systems are also expanded to support building more than conveyor belts. Now some crops, a harvester building and a filtering conveyor splitter can all also be placed / planted too (Note: the filtering splitter filters based on the first crop-type to pass over the tile). Hence now the fundamentals of growing crops and moving them around are in place. There is also a box to "sell" crops, though nothing can be subsequently bought yet.

Alpha 4 comes shipped with a small world I was messing around with, but you can reset it from the system menu. You can also manually save and load from here, though you should not need to.

I will try and maintain save-compatibility moving forward, but this obviously cannot be guaranteed at this point.

The world is little less uniform in Alpha 3+. with some different ground types, rivers and lakes. Also to stress: no graphics are final, and I am aware that the visual readability is rather poor in places.

Factory Farming is written entirely in C (and is open source: https://github.com/timboe/FactoryFarming ), with the goal of supporting the simulation of good-sized factory setups. I want to support at least 2000 conveyors, hopefully more. Target FPS is 32, the simulation speed is currently tied to the FPS (and it would be tricky to decouple it).

Next Steps: I just started Trello to keep track of what needs doing.

The latest public build is Alpha 6

@timboe The Alpha 3 build you linked here doesn’t work when I sideload to my Playdate. It’s a blank screen for a bit, then the white light on the top button goes on (I think this means something… like out of Memory?, but I’m not sure if it can have many meanings), and then the Playdate crashes. Not sure if others are experiencing this too !

This is possible... in the sim I have a few MB free, but maybe this is cutting it too fine.

I will post an alternate version later with a much smaller world to check if this is the issue.

EDIT: Here's another build with an 8x8 world rather than 16x16. I tried to fill it up with >1k conveyors again - this time they pretty much cover the map.

The memory requirements are, unsurprisingly, around 25% at this level.

If this is OK then in the future I can try and find the sweet-spot, as this map is overall a bit on the small side. 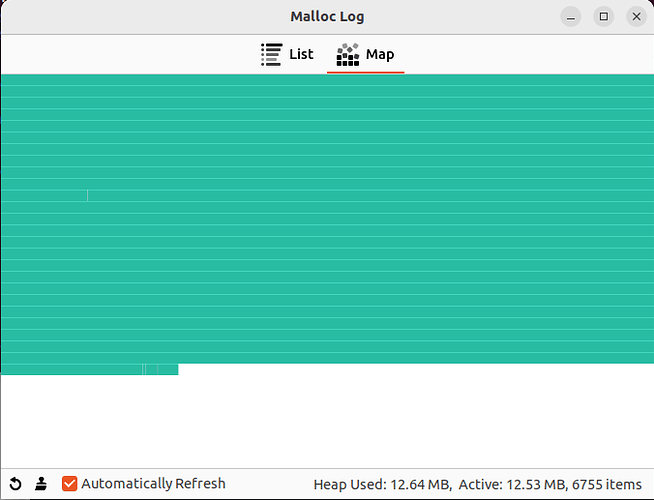 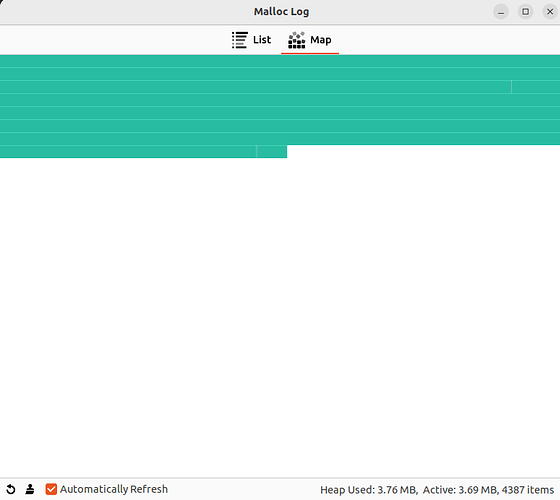 Tested it out recently, it all seems to work pretty well.

One piece of unsolicited UX feedback, it took me a while to figure out how to switch the “directions” of each of the tiles. I eventually saw that you can change it in the side menu or also use the crank to switch the tiles while place them, but that feels pretty clunky. I’d love to see a more intuitive way to handle this. Maybe, as one example, if you hold B and hit the d-pad, the “placing tile” direction changes to the d-pad direction pressed, then release B to move/place again as normal. Just one of many potential options.

Similarly, maybe while holding B outside of Menu Mode or Place Mode, the character speed is increased to make getting around snappy.

Overall though, very cool ! Didn’t encounter any crashes of note. A tiny bit of slowdown in dense areas, but nothing below 24fps that I saw.

Thanks @fosterdouglas for the input - all very useful stuff.

There will be a new alpha soon with an overhauled UI replacing the dev UI in V4, in the new UI the only way to rotate pieces is the crank. I need to find a good way to communicate this to the player... There will be a tutorial, I will mention it there. Let's see if that suffices.

Interesting idea about holding B. Holding B to get a speed boost when walking about - yes, the B button currently has no purpose when in "wander mode". Giving it something like this sounds good (especially as I was considering slowing the player down a bit vs. their speed in the alpha builds).

Having press-B to exit "placement mode" vs. hold-B to enter another mode, this I'll have to try and see how intuitive it is. I am also not happy about the klunky object placement, though I put this down in part to the very simple player movement code. I intend to replace this a proper one which will allow finer movement control from rest, and then improve the placement controls on top of this.

Generally speaking (both in HCI/UX design and suggested in the Playdate accessibility docs), it's good to give the player as many options as possible for input unless the input is specific to the gameplay (like in Crankin's Time Traveling Adventure, for example).

That said, you're making a relatively complex game, and the Playdate has only so many buttons... so I get it !

Excited to play with the new alpha, let us know when it's ready to test out.

Moving this thread into the Games forum, given the updated classifications.

Alpha 1 was messing with sprites, Alpha 2 was the proof of concept & demonstration of scalability, Alpha 3/4 was the expansion of the game's internals systems and addition of the save/load mechanics, and now Alpha 5/6 further expands on the game's systems and contains the proper UI system which replaces the temporary dev-UI from the previous iterations.

Note on saves: I was overly optimistic above regarding preserving backward compatibility of saves (at least while the game is still in alpha, and I need to change things around the backend often). So please note that launching v5/v6 will sense and automatically delete any save file present from v4! Without this auto-delete, the game would crash when trying to load the old save.

Next: I will publish a "big factory" save game file for v6 soon, for people who want to look at all the items whizzing about but don't want to have to do the building. The UI work is not finished, there is still an "Inspection" UI and the Setting menu to be added. But soon it will be the time to start massively expanding on the available Crops, Factories and Extractor types beyond the current demonstrators. Also coming soon is the Storage Box Utility object, to act as an item buffer, or store.

GIF showing some of the new menus and the Vitamin Factory.

I've shared my feedback in Discord but I need to say.
The performance you've achieved here is impressive!
This game has quickly moved to the top of my list of most anticipated games.

Can't wait to see what it becomes.

About time for another update. Does feel now like a full playable beta is not too far away.

As some of the change log could start to spoil mid-game revelations, I am starting to use the spoiler tag below.

Note: No public build of Alpha 7 being posted here, but one more playtest is expected.

Factory Farming just entered Beta! Meaning the game is complete and playable. Next comes more playtesting, more tuning and more polish - but the initial release is now in sight!

A quick tour of part of the first factory which I managed to build up all the way to the end of the game.
(GIF compressed to 16 FPS, game targets 32 FPS on device)