It looks incredible. I love the Super Sprint vibe

another game prototype is born, will it ever be finished? we'll see.

Nice very much like Horace goes skiing - just don’t make your character look like Horace ! Unless you want to have cease and desist letters. Love the super off-road , super sprint daily driver. Such great techniques for the graphics too

OH MY GOD, i also did a clay style for faraway fairway’s posters!! haha!

It's crazy to me that this thread is almost 2 years old. Where has the time gone? (Ed: down the pandemic drain, that's where)

What's next for me? I've been taking a break from Daily Driver but will be jumping back into it soon. I'm hopeful there'll be a Season 2 of games and I'll submit it for that. Fingers crossed!

I've also been keeping copious notes and a sort of dev diary which I will maybe turn into... a book? Or at least a really nice guide. It would feature topics like:

One prototype I forgot to add is Band-kun which I made after playing 1990's KOEI music/management/sim game for NEC PC-9801.

The prototype features a scrollable map (d-pad) and fake menus (A to proceed, B to go back - sort of).

For the below GIF animation I manually appended the intro and logo screens using gifsicle.

celebrated an optimisation in my rendering workflow (60% time reduction) with a new car #ClubGTi https://twitter.com/gingerbeardman/status/1501174088215277571 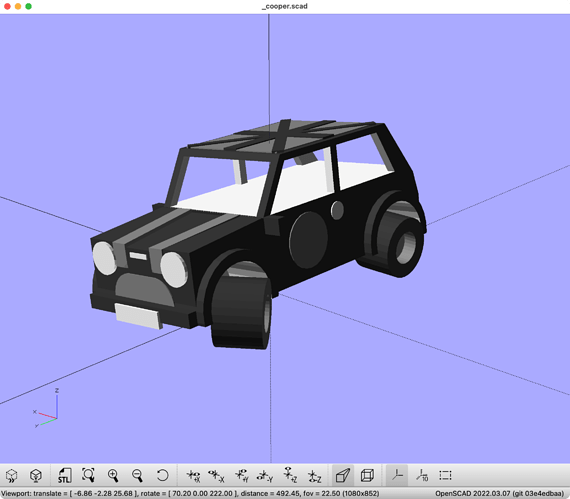 Having read @AdamsImmersive's weird game-style clocks thread I was inspired to port an old macOS screensaver I wrote back in 2009: Today, which was in turn inspired by On Kawara's "Today Series" 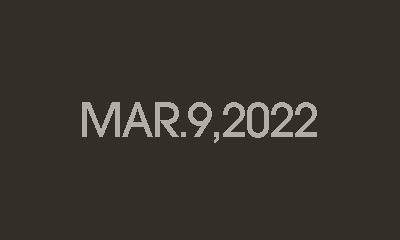 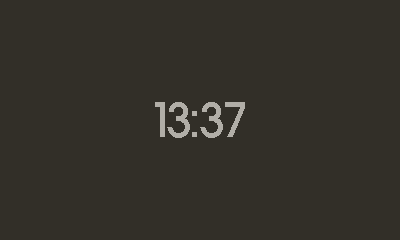 i would like to use a bigger font for my project but i don't want to make a large font with caps. can i use the font you made?

I think it's best if you convert your own. Check the link to the font converter.

Also, the SDK comes with a range of fonts and sizes

I just played the playground demo for quite a while, and it was a lot of fun! I was surprised by how much stuff is in there. I really liked the smoothness of the car rotation, it actually felt like it was realtime 3D. My favorite car is of course the Trueno lol (my profile pic is from Initial D). My favorite stage was 42 because it looks really cool. I also liked the soccer and hockey stages. I didn't try the editor yet.

I know this is an old build, but my biggest "complaints" about the demo would be the sound and collision physics. I feel like the game would be much better with audio samples instead of generated noises. Every car kinda sounded the same. As for the collision physics, I found myself constantly getting stuck on cones, walls, etc. It kinda kills the flow of the game when you instantly lose all your momentum from hitting a cone. Anyways, that's just my thoughts from the demo. It looks really awesome so far!

Thanks! Great feedback. I had to check what level 42 was in this old demo (ripped from Badlands arcade game graphics)

I agree in this old version cones are too problematic. Collisions are something I keep improving. I want there to be some danger to cones and scenery, but not too much to be annoying and stop it being fun. Thankfully all of this is easily changeable. But finding the best balance is a real challenge!

Engine noise varies a little here (eg. electric and hover cars) but, yeah, in the final game it will be digital, same for music.

At this point, I can't see any further optimisations in the rendering part of the workflow.

So my attention will turn to the post-processing (resizing, stitching, recolouring) where I already have some ideas for optimisations. But writing imagemagick commands is my least favourite thing in the world, so I may never get around to it. We'll see!

I remember wanting to play Daily Driver after the first Playdate Update. As a racing game fan, I can totes vibe with this. Looking forward to more things from you!

I know this is an old post but… Did you ever make headway on making this Paper Plane demo into a full game? I started making a similar game à la the WarioWare minigame of the same name but yours definitely has more of a Playdate feel!

The Paper Plane is one of the vehicles/scenarios in my game Daily Driver. You can try it out in the demo, there's a link at the bottom of the first post.

I really enjoyed the Nintendo plane game (on DSi Ware and in Wario Ware) so you should carry on with your version!

Nintendo Paper Plane and Macintosh Glider were my inspirations for adding one to my game.

This is only of interest if you've been struggling with controls.
You can set crank style to "constant" yourself through the debug menu.

Here's a sample of clipping a sprite to make a progress bar, for
https://devforum.play.date/t/how-to-create-a-progress-bar/6321/5:

Note: I highly recommend optimising before deciding to do a loading progress bar!