Wanted to share a game I'm working on. It's called Monitor Duty and the gag is that you're on a super hero team but you're stuck behind a desk. You have to watch TV news reports to see where to send the rest of your team. There's six monitors at the top of the screen and a map of the entire planet at the bottom. Earth is divided into three regions, with three cities per region, so you have nine city flashpoints to move heroes in and out of. 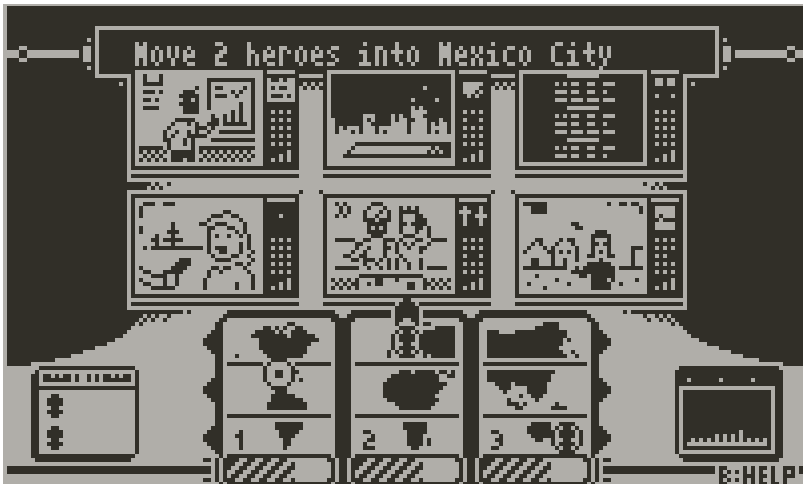 Each TV has a different move associated with it, and if you use it, the channel changes to another news report. Eventually they all run out, so you have to assess your currently available plays to maximize your heroes' movement. 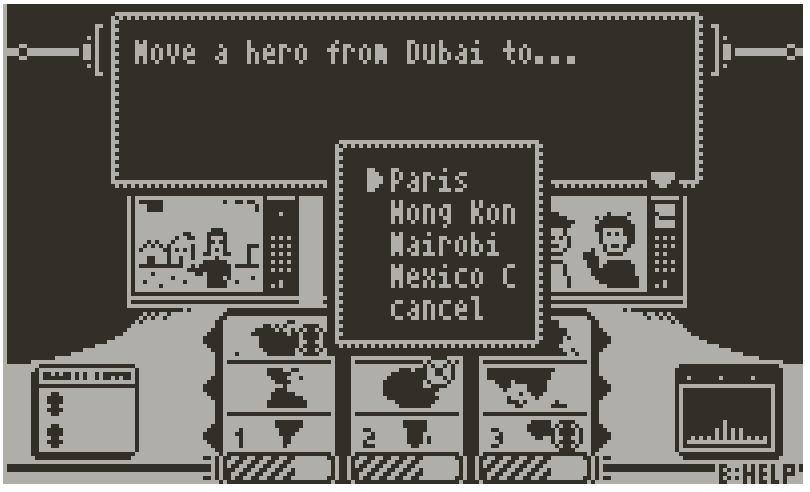 If you can get at least one hero in each of the cities in any one region, that region's threat level de-escalates. To get a perfect score (60) you have to de-escalate all three regions and completely run out of TV channels to watch.

Of course, some of the channels' moves are lousy, or they force you to move your heroes in directions that do not help that goal. 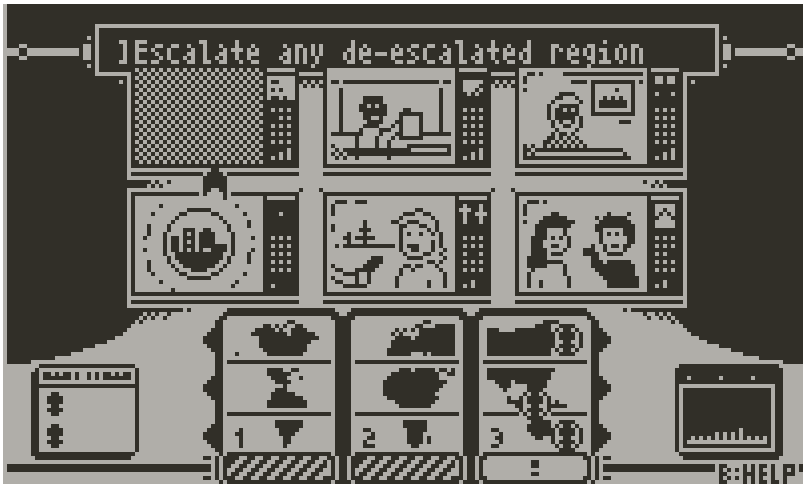 When you cannot make any more moves (or the TV channels are all done), the game ends and you get a score. Right now I have it remembering your high score, your previous score, and your number of perfect 60-point games.

It's pretty much 98% done and working? There's a very very rare case where due to the random nature of the TV channels you can begin a game with no legal moves (so the game ends disconcertingly early). I'm also curious if there's too much onscreen animation for an actual Playdate (it's constantly re-drawing tiles to assess the current state of the game board.)

Incredible artwork. I love this!

Assuming I did all of this correctly, here's a zipped json file...

What a great effort!