got a new version (nearly finished) of the game. Hopefully all the performance problems have been fixed.

Also now has 'Save Slots' 4 different players can play and save their own progress:-

Thanks to all of you who tried the previous version of the game. Hopefully I've addressed all your suggestions in this version !

Great work otherwise! Love the charm and humor of the tutorial screens

I still get occasional (every 2-5 minutes) freezes during gameplay. The freezes last 5 seconds or so. Even after it “recovers”, performance isn’t as good as it was before the freeze - usually the controls lag, tiles fall less smoothly, and the music plays back at an uneven rate.

When I first launched this version, it offered me a “continue” option which instantly crashed the game. I thought this might be due to me already having incompatible save data from the previous version, but it still crashed after I deleted game data in the settings app (until I created a new game, now it works fine).

A small gameplay suggestion: in addition to the current control scheme where you tap A to pick up a tile and tap A again to drop it, also allow the player to hold A to pick up the tile and release A to drop it. For some reason that feels more natural to me on the Playdate hardware (possibly because I’ve been playing the season game Pick Pack Pup which uses that control scheme) and it felt like a glitch when I would instinctively hold A and nothing would happen.

Update: I pressed B on the player selection screen (i.e. after selecting “switch player”) and the game crashed with screens/zoneScreen.lua:471: attempt to index a nil value (global ‘bBtn’) (I expected this to go back to the previous menu without changing the selected player)

Thanks Foster, will try and track down the cause of the freezes.

Thanks Dale, think I've fixed the crashes but still cannot replicate the random freezes in the simulator.

Ok - first off, I LOVE this game! It often seems impossible - but then suddenly…

BUT I think I found something that seems to not make sense - a solution for C-3. I replayed it a few times to make sure i wasn’t miss understanding what I was doing. 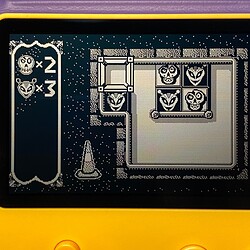 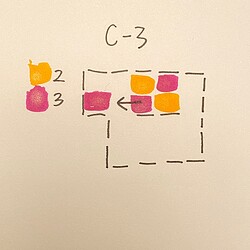 making that one move clears the board - is that right?

Anyway - thanks for a fun game!

glad you're enjoying it!

When I try C-3 I can replicate this problem maybe one time out of twenty! No obvious cause

I'll keep looking though, there has to be a reason.

Thanks for bringing it to my attention,