In Comet there are a few systems in play.

To do this, we simply make a version of a tile that doesn't have a frame 1. 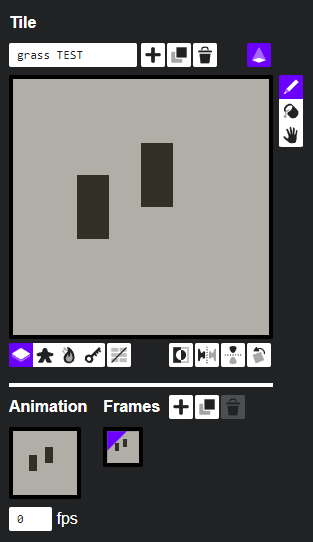 Lets see how how this works.

When I walk over our test grass holding the lamp, it's seen as being on frame 0.
This is right.

When I put the lamp down and walk over it, it reads as being frame 1
But there is no frame 1!

It looks as though Pulp is telling this tile to move to frame 1.
it can't which is why it is only displaying frame 0.
But there's some sort of metadata for the tile which IS set to frame 1.

Is this expected behaviour?