Different games overwrite each other when sideloading through the Playdate website

When I released my game, I called it Blocks. At the time I sideloaded it to my device using the sideload page in my account.

I later found out there there already was a game called Blocks available on itch (by charlito33 here). I renamed my game to BlocksInTheBox, to avoid confusion.

However, even after renaming my game, when I try to sideload either game (mine or the game from charlito33), our games overwrite each other.

To reproduce this I first deleted all versions of the game called 'Blocks'. This is what my sideload page looks like after doing that: 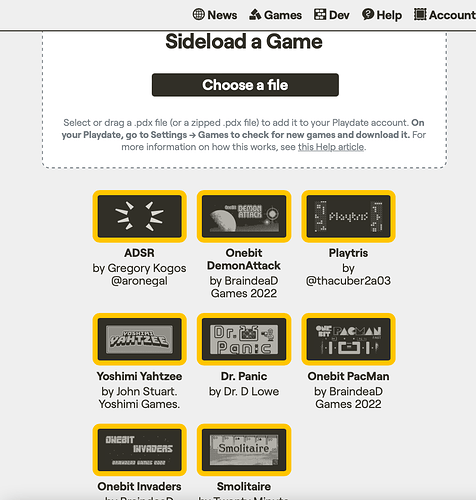 I then installed the latest version of my game called BlocksInTheBox. This is what my sideload page looked like after I did that: 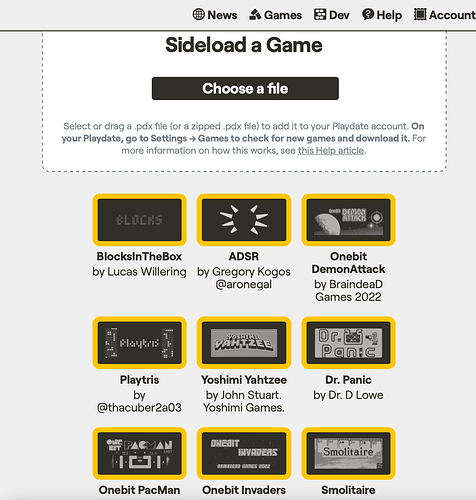 And these are the installation details of BlocksInTheBox: 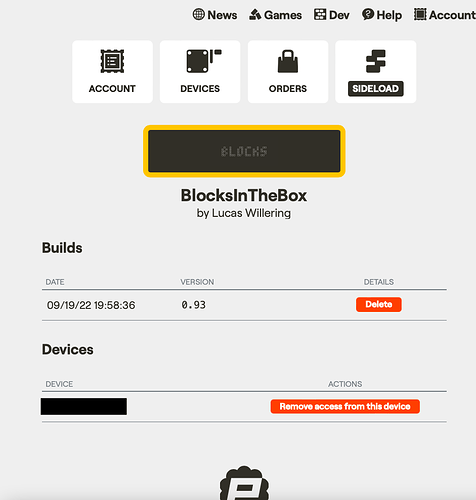 I then installed the game Blocks Free from charlito33. This is what my sideload page looked like after I did that: 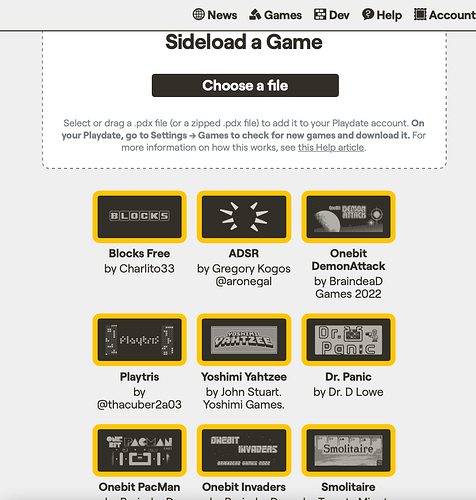 As you can see my version of the game is overwritten by the game from Charlito33. This is what the installation details for Blocks Free look like at this point: 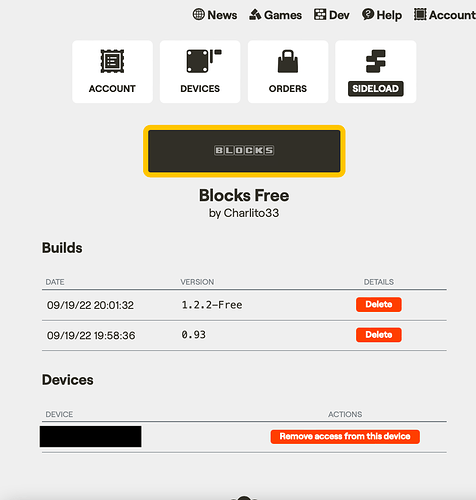 As you can see, the sideload page assumes both games are the same and Charlito33's game is added as a newer version.

I then re-added my own game again. This is what the sideload page looked like after that: 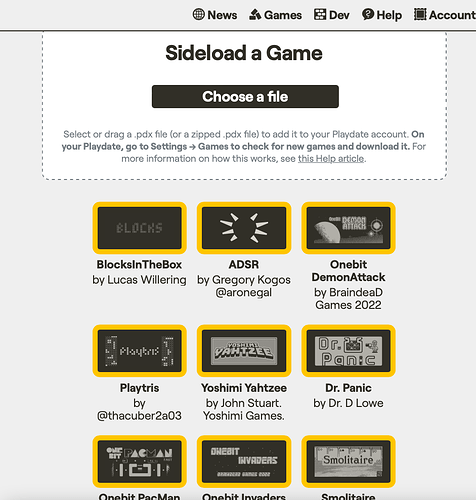 Charlito33's version is again overwritten by my game. The installation details now look like this: Is there anything I can do to solve this? I know there is at least one user who is having the same issue as you can see in the comments by poodledude here.

The pdxinfo of my game:

If you would like I can post the pdxinfo of Charlito33's game as well, but since it is not my game, I am not sure if that is an ok thing to do? I can say that our bundleID's are different.

It looks like we're only comparing the last component of the bundle ID (blocks in this case) when we should be comparing the entire string. Oops.

This should be fixed soon. Sorry about that!