This tiny toy brings the popular Greensleeves music on your playdate.
Play the music according to the crank speed.
A cute animation and a peaceful music to take a break just when you need it 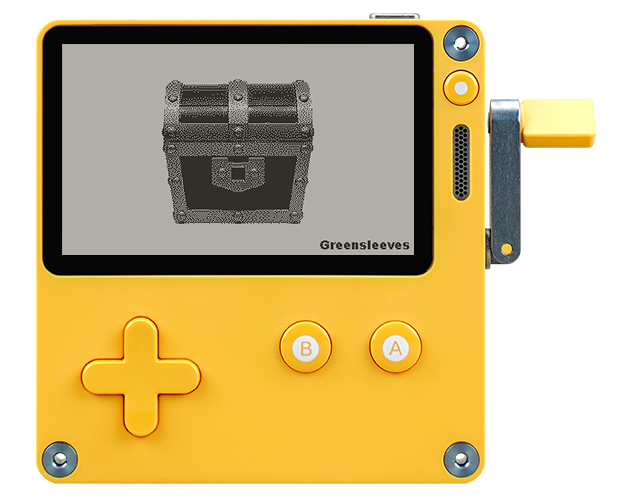 Hey Paco! Might it be easier and cleaner to make a master app that contains all the songs? That way instead of doing multiple releases for each track, you could have a selection menu and just update the app when there is a new track. Sort of like how the team behind Playnote Studio set it up. https://playnote.studio Not sure what is easier, but I had the idea so I figured I'd communicate it fwiw <3 ^-^

Thanks for the suggestion !

This one is a bit different (than the Loituma girl app) because it is a midi player (the song is not distorted) and the animation is more complex (multiple sprites).
I may create an improved version of this one with more midi musics or characters in it, but I'm sure someone will create some great generic music players for the playdate, if not already done.

As for the Loituma Girl (and probably rick roll) toys, I don't really have plans to make some more

And I believe the rick roll app should be a standalone app, to trick your friends if they try to open this app from the playdate menu

See, I was even thinking as I was typing that I don't really know how it's all built & that it might not really work, so my thought was right

And yes, on the rick roll one, you're probably right XD That's going to be priceless

Someone is in fact working on a simple sequencer app. https://devforum.play.date/t/music-box-a-sequencer-toy/1170