Decided to finally release this project. Its not much but for those interested you can download it over on itch.io: 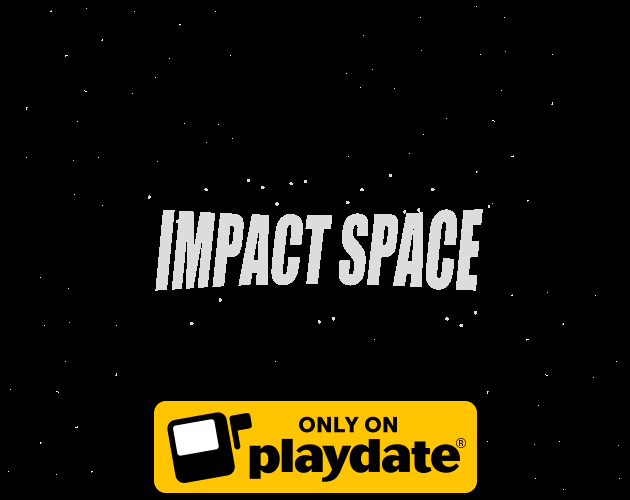 Simple Arcade Shooter for the Playdate

I've been tinkering with the Playdate on and off for a few months now. So far I've made a few things learning the various aspects of the SDK.

First thing I made was this spinning Wilson (Wintergatan Fans will know) This was just to get to grips with the crank and getting sprites to show. Soon learnt that pre-rotating sprites was far more optimal than using the built in sprite rotation function.

Next I was going to make a music box type app, but I soon got a bit lost in the complexity of it and decided to move focus on to a simpler game. This was what it was roughly going to be, place each note and then crank to move the note reader across each row. Might come back to it some day.

After those experiments, I knew I wanted to try and render sprites from Blender. I had seen others doing something similar but I wanted to give it a go too. So this was the first attempt at that:

Using a dither material (that can be found here: Blend Swap | Monochromatic dithering material node [2.8] ) I was able to get a nice dither pattern when lighting each object in 3D. In addition I found that using Freestyle allows you to select individual edges and mark them to be render as outlines. This helps with the 1 bit graphics and can highlight certain parts that get lost in the dithering.

Inspired by the 2020 demo bundled with the SDK and I knew I wanted to make some sort of side scrolling shooter. Also due to the 1 bit graphics I was reminded of the Nokia 3310 game Space Impact (hence the name) so Impact Space is a small nod to that game.

So I tried making some sort of spaceship and a UFO. This formed the basis of what Impact Space became to be:

This first version introduced a basic game state and enemy spawner. Also got some bullets in there. Also collisions on the UFOs didn't work, you can see them at the end of the gif stack up when they hit the spaceship.

Next update saw the introduction of a more polished menu and also some game UI was added to track score, ammo and health. Also a pre rendered explosion effect was added, pretty happy with how it came out. This was done in Blender by simulating smoke. The smoke VDB data was then converted into a mesh and then rendered out with the dither material.

Finally the latest version. An intro logo was added, high scores are saved to a very basic JSON and from suggestions on Discord an extra background was added for a parallax effect.

So that's all for now. I've got some more ideas I want to added to this game. But for now its very playable and quite fun. I want to release it at some point, but for now I'm going to wait and see what plans arise from the current discourse around sideloading/distribution of games outside of seasons.

That last clip is soooo cool! Excited to see how this one turns out.

Now that the Playdate is out now figured I would release this.

Simple Arcade Shooter for the Playdate

Its not much, but a simple arcadey shooter.