It's possible to find true pixel/bitmap Japanese fonts but they're often in old FONTX2 format, and difficult to convert.

Luckily a kind soul in Japan has already converted the most common bitmap fonts! Here bitmap data has been converted to TTF outlines.

To convert from TTF strokes back into real bitmap data:

If you're looking for something other than Playdate SDK's Font Tool.app then here are some candidates: Complete Font to Image Solution Bits'n'Picas https://github.com/kreativekorp/bitsnpicas/tree/master/downloads Superb font editor, cross-platform, written in Java. Supports many legacy font import/export formats. I have an unmerged fork that adds Playdate-compatible export here. Font to Intermediary (BDF) BDF = Bitmap Distribution Format, a simple text file with the font data in it. FontF…

Use of Caps to do this has not been verified.

This set of Japanese bitmap-style fonts is very comprehensive (all fonts support Kanji up to JIS Level 2, some to level 4) and also OK for commercial use and re-distribution! (various licences) 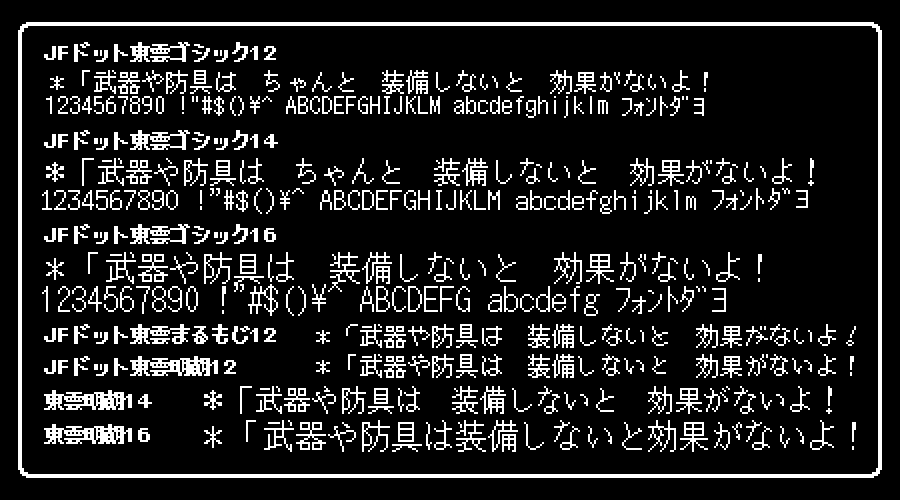 At the bottom of the page http://jikasei.me/font/jf-dotfont/ there are some fonts that have different licence terms that are not free for commercial use (eg. Elisa, a very famous 8x8 font). These are not shown on this page.

Also this set of serif Japanese bitmap-style fonts under SIL Open Font License 1.1 (so OK for commercial use) 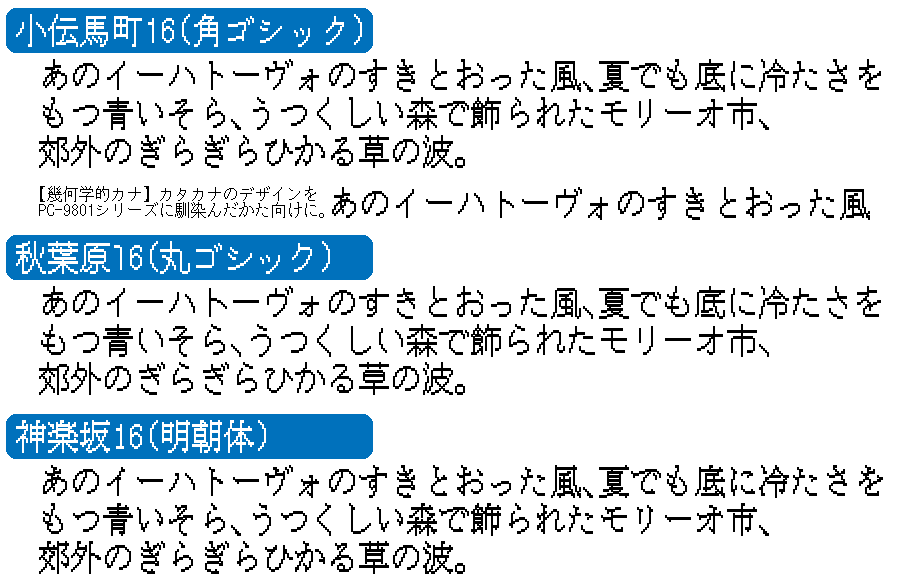 JIS level one contains 2000 characters, and JIS level two contains an additional 3390 characters. Most of these characters will not be used in normal products, dictionaries being the exception. When I was doing commercial GBA gamedev in Japan, they had tools to convert strings to the specific subset of kanji the game actually used.

For example, it could make sense to use romaji (26x2 = 52 characters) kana (80x2 = 160 characters) and kanji up to the third grade elementary school level (80 + 160 + 200 = 440 kanji) plus a few select kanji that are heavily used in the game (魔 in a game that features magic and demons). This particular example would work out to a 700~ character font depending on how many extra kanji and how much punctuation is included.

Hi all, I was exploring localization and fonts last weekend and came across this thread. Ended up going down a bit of a rabbit-hole, and came up with a Python script to batch process the JFDotFont and KHDotFont sets into .FNT files. I put a repo up here: 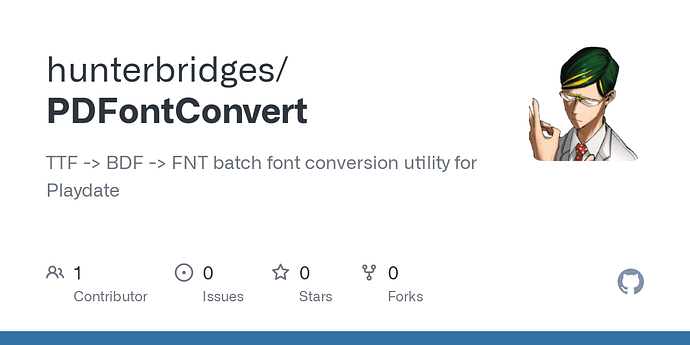