No GC until 1 minute and then GC spike

I’m just not seeing any GC at all for the first minute or so of running my game, and then suddenly there’s a ton of GC resulting in a big spike.

I would expect to see regular smaller GC hits, rather than the one large lump.

The source of my GC is known to be allOverlappingSprites() 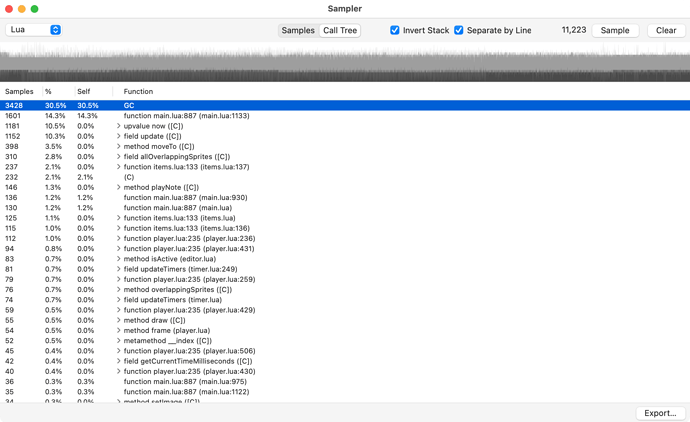 all give the same result. 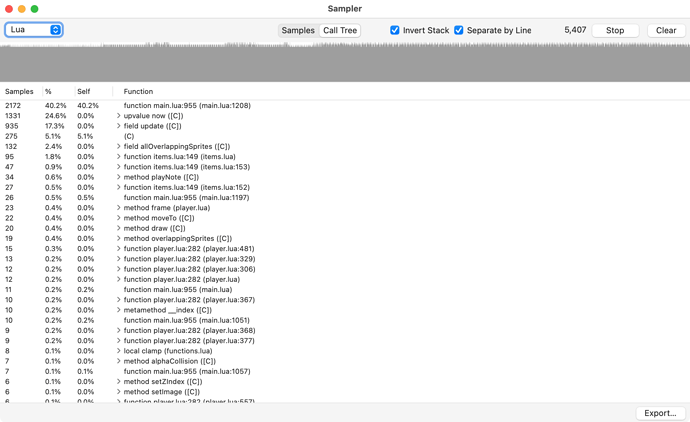 Shortly after the above screen screen grab a sudden GC spike led to this: 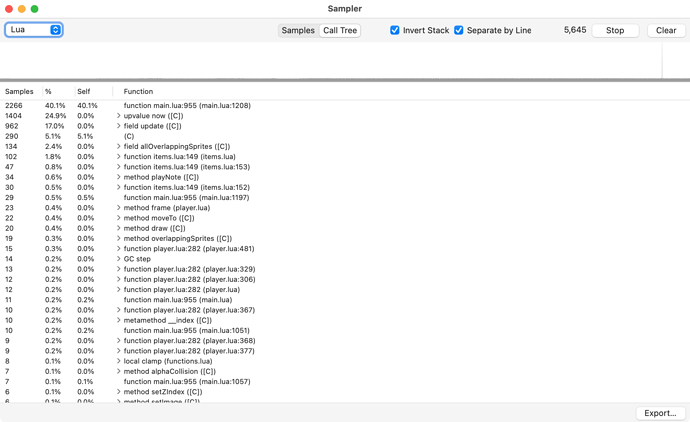 Upgrading this to a Bug Report.

Interestingly, if I do manual collectgarbage() calls in my code then I can see GC() calls every frame.

But why are they not happening regularly with default settings?

When a game requests immediate frame updates with setRefreshRate(0), we weren’t giving time for inter-frame garbage collection, even if setMinimumGCTime(x) had been called.
This was causing garbage to build up, and then a long emergency collection would cause a spike in frame time for a few frames in a row. This is also why your manual collectgarbage() calls fix the issue.

For 1.1.1 I’ve modified this so that games that are using setRefreshRate(0) will get a hard-minimum GC time as requested by a call to setMinimumGCTime(x). I think this feels a bit more true to the API definitions, and probably developer expectations as well.

Music to my ears!