Just want to gauge the interest for a zine about Playdate on Playdate. My idea is that it would consist of several images at 400 pixels wide and at least 240 pixels high, that you then scroll through using the crank.

Some ideas of things to include:

Cool idea! I’d be happy to submit some things.

Could the table of contents be used to jump quickly between sections. Maybe using the d-pad?

Yes, it would definitely be nice to have some kind of quick navigation like that. Other ideas I’ve had are just using the d-pad to jump to the next/previous section, or maybe using an options menu item. Will have to figure out what makes most sense and is most straightforward for the readers, maybe a combination of things.

This is a great idea!

I’m not suggesting anything like this, but you might find these old Apple II disk zines interesting. 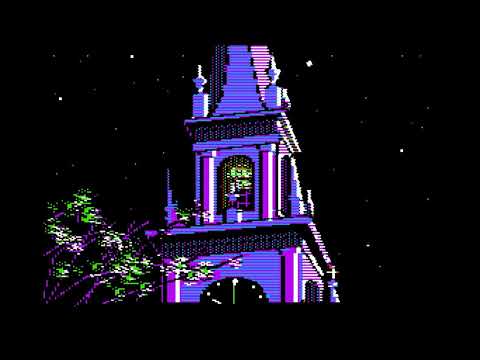 it’s really a matter of content. what’s appropriate/suitable for the size + offline reading/perusing and who will make the content. to make it as accessible as possible, i would have the zine or zine page (per author) 1 very tall image that is 400px wide that users would scroll down (or across if you wanna flip it). it would be really fun if the zine content could updated (per quarter?) - hosted online so that whenever the playdate highscore network syncing api is out, new articles could actually be downloaded and viewed at leisure. excited to see what comes

Yes, one image per article would be ideal. I tested to make images as tall as my image editing program would allow (30,000px if I remember correctly), which worked absolutely fine, so there shouldn’t be a problem there.

It would be pretty nice to just be able to download a new issue directly on the device, but I would want to make sure there’s an archive available as well in that case.

Also, before I forget again, I want to mention one thing that was an inspiration to some degree: Lady of the Shard. It’s a mostly 1-bit pixel art comic that would almost work to just put on Playdate. I just think it’s really cool and even if it wouldn’t completely work with the display, I was thinking for a while that it would be cool to make something similar for Playdate, and then the idea for a zine just came to me. (Standalone comics in that style would also still be really cool.)

Ahh yeah! Very cool. Yeah the Choosatron app supports some interesting stuff with text, and I’ve been working on an updated space to properly include images / etc as part of story binaries. I definitely have a lot of thoughts around the subject of a content player.

Could we use Choosatron to do a zine?

Need to figure out what features I need to add to support, but certainly something that would be cool to explore! My goal is to allow folks to create their own image / text content and hook in to existing tools. I have a proposal in the works actually for Panic on this. I’m in the middle of buying a house and moving across the country this month (so slow on the coding atm) but life is gonna be a lot easier after, and I’m in the Discord so happy to chat in realtime about this in Discord! I’m around.

I am actually really curious to see if this has gone anywhere? Now that more and more people are getting their hands on the device, it could be really cool to have that, especially if we have reviews of games where we can have actual screenshots of the games at the right size displayed on the actual devices (or other topics)

It has sadly not gone anywhere, as I'm bad at communicating and thus probably not the right person to organize something like this. I would still really like to see it happen, though, if someone else feels like taking it on.

Self plug here, but I'd started on a generic zine/image reader thing: PD Reader by GAMES RIGHT MEOW

There didn't seem to be a ton of interest, so I haven't been working on it much, but I'd ramp back up on it if there was!

I think the main road bump is that images need to be converted to PDI files via the SDK....which is a bit technical for those who just want to draw a thing

Yeah, it's a pretty simple format to decode and encode. I could put together an encoder in JavaScript if somebody wanted to try it out.

Oops I just realized I never replied - I'd love to check out your JS encoder! I think it would be a heck of a lot easier for non technical people to convert the files via a webapp than pointing them to pdc in the SDK.

I'm in! i might submit a comic or something

I’m totally up for this. It’d be great to get a zine community built up for play date. If we make it easy enough, anyone could produce them.

I’d be happy to test out any developments that @jaames or @SHiLLySiT have at this point. Or maybe I could help @jaames with the website if that’s not done yet - I would just need some direction.

I haven't poked at backwards engineering the PDI format myself, hoping @jaames would share their secrets