Hello! Starting a thread here for PlayPainter! PlayPainter is basically my dream drawing app for the Playdate! Based on a mix of Macpaint, Procreate, and maybe even some elements of early Photoshop!

Yesterday I opened it up to early access, so I'll just be posting updates and talking about it here for anyone interested in the project! Check it out on itch.io!

Currently it's your standard drawing app, some simple tools, pallet selector, zoom, and a painting library to tie it all together! 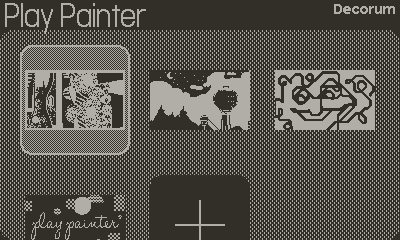 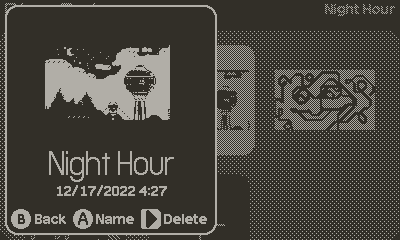 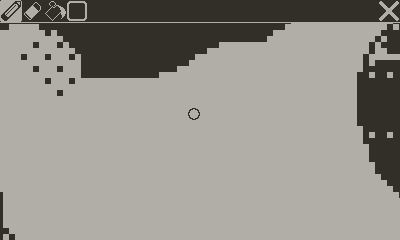 Reworking the drawing UI, currently it's feeling much less dynamic than some other elements of the tool! 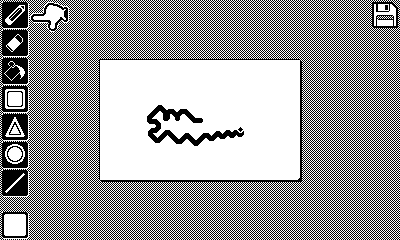 Was also able to add in some simple UI animation today, really happy with how it's lookin!

Got that new drawing menu UI implemented in code! Will need some small tweaks and fixes but it's feeling a lot better.

Also commissioned some Flipnote studio style sounds from my friend Chris, so happy with the feel now that there's some sounds! Here's a little look at both of updates in video form! 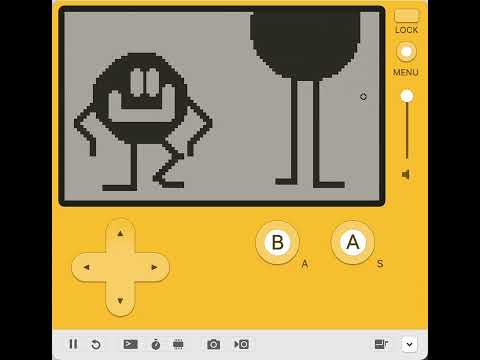 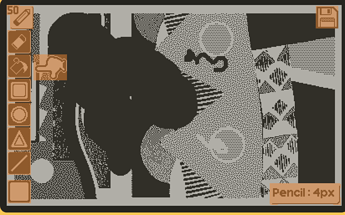 I've mainly focused on moving chunks of code into classes and optimizing some calls to improve performance. While canvases half the screen size ran fine on hardware at 48-50 FPS, full screen canvases were chugging it down to 30 or worse. Classifying the menu elements and canvas apart allowed me to seriously reduce the rendering for the canvas, and the performance is feeling much better!

There's now shape tools! While still very janky it's fun to see the tool buttons actually operate in some capacity.

I've also started on the color palette again! I'm going to move this to a popup panel along with some other options though, since the constant menu scrolling for a simple color change is too complex. Awesome work on the partial refresh!