After finding Playnote Studio I was inspired to make something that would actually allow me author animations on-device. So this week I threw together a little prototype of a pixel art animation toy called Pocket Pix!

Here's a time lapse of me making an (uninspired) animation of a bouncy ball:

And the final animation:

This app still needs some work, but I thought I'd share a prototype to see how many people are interested in such a toy, and gather any early feedback!

Works prity good I made a flea jumping animation 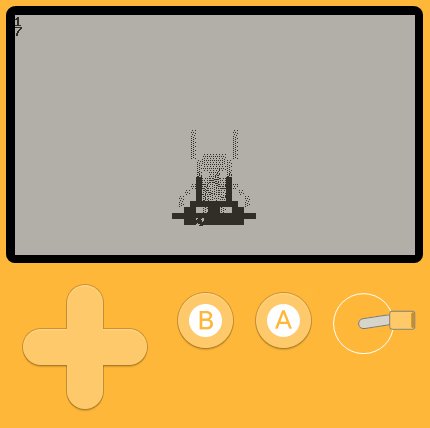 @
Saw this cool playdate animation app on the dev forums so decided to do a quick flea jump :) https://t.co/B9A533rltt #playdate #animation #pixelart #flea

I look forward to more updates, all todos seem good, also saving and loading would be good.

thank you for the 'prototype'. It feels very robust and intuitive indeed! An awesome tool for the playdate. - I wish the control pad (arrow keys) would move the cursor/brush continuously, when held down. And it would be awesome to create more than one animation/project.