Hello! For the past four days, I've been working on a Playdate port of my esoteric scripting language, Potatoscript! Right now it's very basic, but later on it will be more feature-rich and exciting to use. 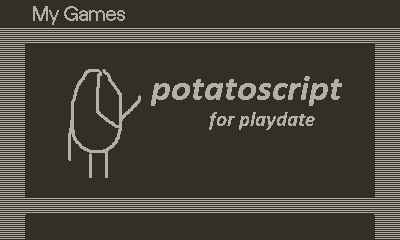 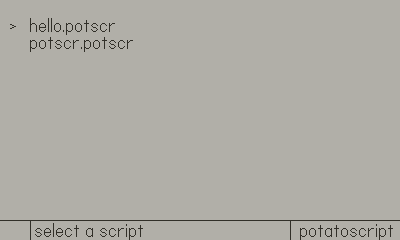 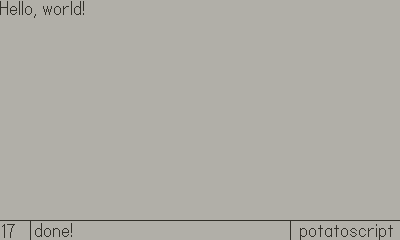 Version 2.0 has been released! Hopefully in the next release I'll have a better UI.

changed:
moved both help and about to helpabout.lua
how scripts are executed
moved potscr parser to parser.lua

(EDIT: I also wanted to mention that script execution has slowed down quite a bit, because of a little indicator in the bottom left showing what step the parser is on in the script. In the next release, there will be a way to turn this off)