After more or less finishing up Monitor Duty, I am now about 85% complete on a new Pulp game called Gobs. It's a dice game where you see how many goblins you can defeat before you run out of fighters.

You begin with ten little goblin warriors, randomly selected from a pool of fifteen. About half of them have dice-manipulating powers, and they always attack in pairs, so part of the strategy is to find pairings where their combined powers really help you out. You get four to choose from to field two against the current enemy... which comes from a never-ending pool of larger goblins.

You roll dice with the crank, and you have to place the dice in descending order across the arrows (although duplicates are allowed.) Only the third die in each arrow deals damage to the enemy. 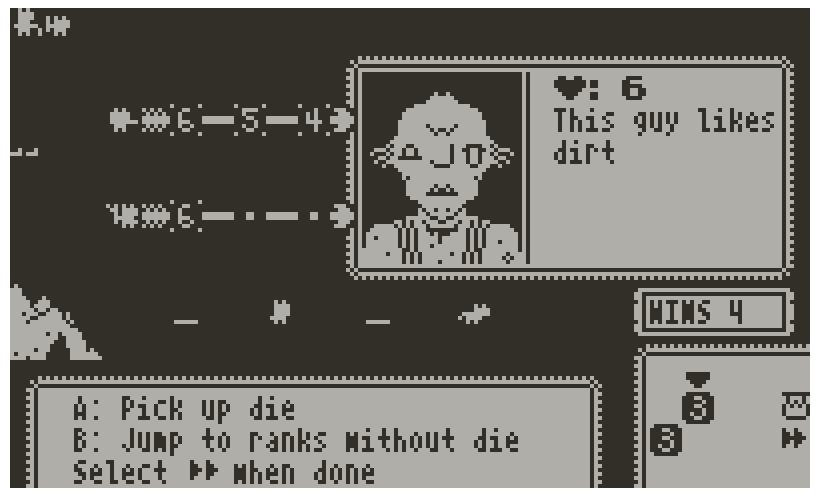 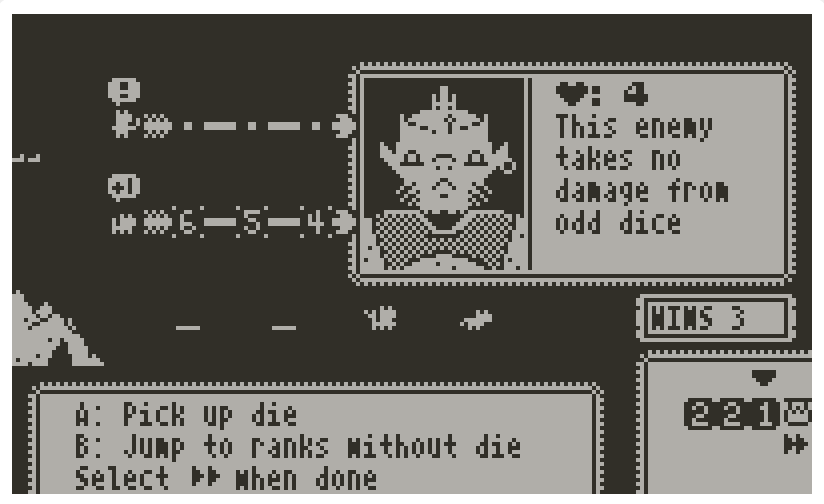 Just a simple little high score chasing thing! You're going to lose eventually, but how many enemies can you defeat on the way there?

I'm still chasing down errors, and I need to add a title screen kind of thing. But it's pretty close to being done.

Seems very cool! I'd play it.