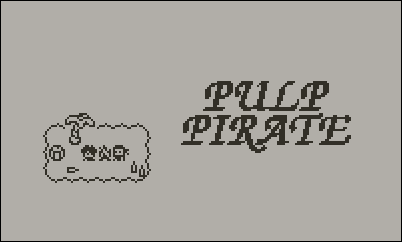 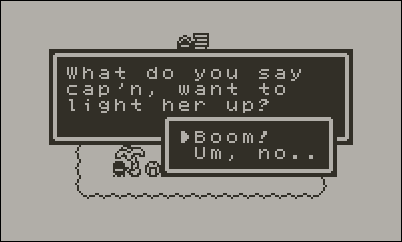 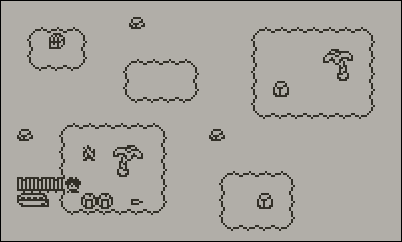 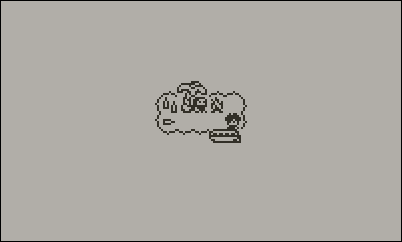 Rescue castaways from a fate worse than death! 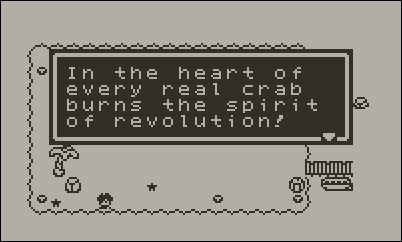 Pulp Pirate is my first game for the Playdate, made with Pulp! It's not really finished, but it's scoped down enough to be playable from start to end - so that's something!

If you'd like to give it a play (it should only take around 5 minutes) here is the pdx for your Playdate or simulator:

And here is a zip of the json if you'd rather import it into the Pulp web editor (and see my embarrassing code!):

I hope you enjoy this little light-hearted game about mooching around as a pirate - let me know what you think!

This looks so creative and fun! Sailing around islands is such a great adventure game setup.

The art here is really readable. Great job. I look forward is seeing more of it!

Here is a WIP build with four mostly-finished islands you can visit - there is no win state yet:

In addition to the screens shared above that includes an island of trash, home to a raccoon who is a potential playable character (if you can find your way through the piles of rubbish to get to him).

Any plays and comments greatly appreciated! I hope someone has fun with it

This racoon pirate blew up a barrel, found prince biscuit and even managed to find a bulky treasure!

Adding some sounds or music might be cool eventually ♬
I really enjoyed everything so far, especially the story telling : D

Thanks for giving it a go, I'm glad you had some fun - sounds like you managed to find everything so far!

Adding some sounds or music might be cool eventually ♬

Sound/music is definitely my weakest point, although I haven't actually played with pulp's editor for it yet so don't know how accessible it makes things! I'll have to give it a try.

I decided to come back to this and wrangle it into something "complete" and playable - far from "finished", but rounded out enough for me to leave it alone and say "Hey, why not give this a play?"

If you're thinking, "Hey, I would like to give this a play!" then check out the opening post - I've edited it with some new screenshots and the all-important pdx so you can play the game on your Playdate or simulator!

I scoped things back a lot in order to get something fully playable from start to end, most notably in cutting out the "sea chart" where you could sail around in your ship entirely. It wasn't really working, and is on my definitely-want-to-do-better list for optimistic future development

Instead of all that, at the moment the game plays linearly one island to another through nothing more than a menu screen. It's not ideal, but it works - I hope!

As I say in the OP, I'd love any comments or feedback. I hope someone has fun with it!

I look forward to checking it out! It's downloaded for now!

Scott, this was FUN!

thanks for posting the json.

great sense of humor: Da-na-na-naa - crab facts - the different personalities of the NPCs make it FUN to talk to them, it's not just a way to move along in the game.

love how each island is a different puzzle to work out - kept it fresh. i especially liked tides, gambling, and racoons!

i like the cyclical nature of the story: you start with the effects of last night's party and you go about "pillaging/exploring" to wind up at... ANOTHER PARTY! haha. AH, the life of a pirate...

This concept is quite scaleable! You could keep adding islands as long as the puzzles are varied (and maybe the landscape has differing characteristics? like raccoon island)

One of the things i love about games like Metroid / Ori (I, II) / Link's Awakening / etc... is that you sometimes have to go back to a place you've been before but with a new skill, there are new things to find. I could see that being fun in your world here.

Can't wait to see what you do next.

Thanks for giving it a play and for that feedback!

I started out with this exactly because the setup made it easy to just add a new island and play around with a new idea in mostly isolation, it worked as a way of introducing myself to Pulp. The scalability of that is a happy side effect really!

I definitely agree on the fun in returning to previous places. What I'd love to expand this into would have a non-linear way of exploring the islands with reasons to return to different places. The compromise here with the menu for moving from one island to the next in a set order was really just me giving up and wanting to get something finished!

But anyway, I'm very glad you liked it!