Request: Offset camera follow when centred on the player

My friend and I have been working on a proof of concept for our game.

The idea being, when you're inside, the camera is centred on the room.
You can see everything.
The world is safe.

But when you're outside, the camera is centred on you and the world is filled with darkness.
Thankfully you have a light source you can control with the crank.

This is pretty cool but we've run into an issue when we're trying to make some UI.

If we wanted to make a UI like so 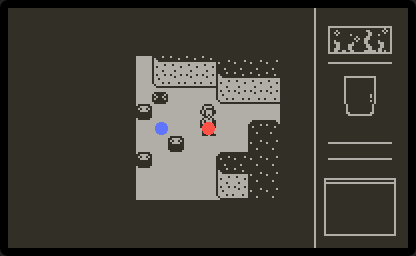 Where's we would like the game to off set this to the blue dot.

If there was a way to tell pulp that the center isn't 12,7 but that that it was 8,7 then the tile room will draw from that rather than the screen's center.

I hope this request is clear enough.