On Windows, I use the Xbox Game Bar for my general-purpose capturing needs. Xbox Game Bar will refuse to capture non-Game apps by default (DirectX detection?), but support for capturing that app can be explicitly enabled and then further capture shortcut/button/etc. invocations function as expected.

The screenshot function contains the window decoration, menu bar, and window content (obviously) but is truncated at the bottom, cutting off part of the dpad. I'm not sure what to make of this. 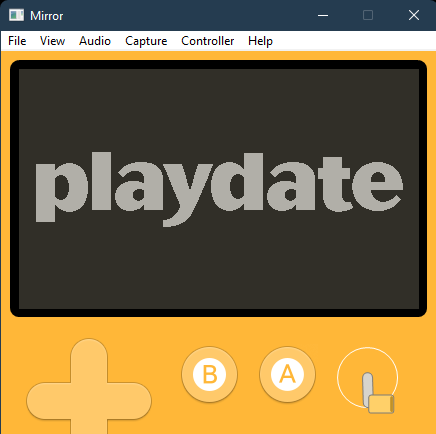 The last 30 seconds recording doesn't contain the window decoration, but does include the menu bar. I have only ever used video captures with full screen apps (games), so I'm unsure which of either version is expected for (non-borderless) windows apps. This is probably unimportant for Panic to fix on it's own, however it does also have some truncation as well, but not over the dpad. Since Discourse doesn't support video uploads I'm took a screenshot of the video's playback where you can see that the dpad isn't truncated, but some of the padding is definitely missing.

I have a bevy of screenshots, but as a new user I can only post one, so I've posted only the most relevant, and uniquely relevant one, static screenshot truncation via the Game Bar.

(1): Yes, I'm aware Mirror has this built in, but on-device screenshots are a little obnoxious to get to at the moment, Mirror doesn't have built in screenshot saving itself, and I already have a centralized capturing and organizing system with Xbox Game Bar, either screenshots or last 30 seconds captures wired up to the press of two buttons on my Stream Deck.