Guess who's back
Back again /ref

Hello everybody, it's-a me
I disappeared after June ended but that's because I got really busy with events and other things
Luckily that's all over with and I have the time to really get back into stuff like this
I've had a few tests here and there but nothing I've truly got to work with

Speaking of which..
Cats!

I've been half-planning, half-messing around with the idea of a cat hotel run by cats. I thought it would be a silly idea and cute at the same time. Currently I don't have a name for this kind of project but I do have an idea of what I want the player to be like, which strays from my usual basic top-down style. I've decided to make the control only left and right, up to interact, and down for a cute little laying down animation.

I haven't gotten too far in development, nor did I really sit down and think about how all this will even work. Mostly I was just making the player be able to do cute things as a cat
But! It's a cat game-
What could possibly go wrong (intense foreshadowing)

EDIT:
I lied, I changed it literally instantly lmfao

For this update, I added basic dialog abilities and various handlers for data so it's easier to set up interactions. I've also added randomized AI movement, which took the most time to make mainly because I've never done it before.

Sorry for terrible quality & speed, it was like 30MB

Alright, new update; let's go. Might start getting these out weekly, we'll see.

So for today, I present to you- A name! Yes, finally, I know.
This is a work-in-progress and might change maybe but I've altered the idea a bit.
I feel like 1. a cat hotel would be pretty big of a project, especially with the initial ideas I had for it, and 2. "Feline Lodge"..... "Flodge".... Silly name..... Couldn't think of a better one!

Secondly, I've changed the way interactions work. By building a specific interaction handler with different types, I was able to just use icons for interaction notices which worked way better than the original text idea.

I've also got a save system planned, and a couple of other small features in there too. I'm starting to work on the game loop, and when that's done I'll probably release a demo of some kind. 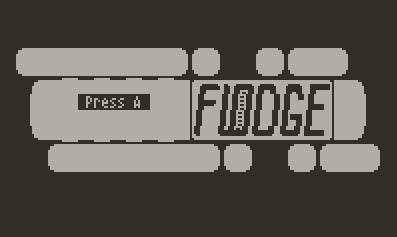 FLODGE is a GREAT NAME!