I'm experimenting with the SDK and had an interesting idea, but it heavily relies on lots of animated sprites all at once and I can't tell if that would be feasible without having the hardware in hand.

I basically set a sprite to spawn as a button is held and follow an easing animation on, then off of the screen. Because of how i did it, the sprite was spawned every frame the button was held down- not the intended effect, but I thought that the trailing effect it gave was cool looking. Again, though, I do worry about whether or not something like that could even run on actual hardware?

Lots of details to think about.

The flag at the link below consists of 200 sprites. I set their position directly through code rather than using SDK animation function. Edit: this runs badly on device.

At one time I was doing skidmarks in my game Daily Driver as one sprite per mark and had a hundreds of those. I'd have to check git to see exactly how many. It ran at 30–45 FPS.

So I think it's doable with caveats. 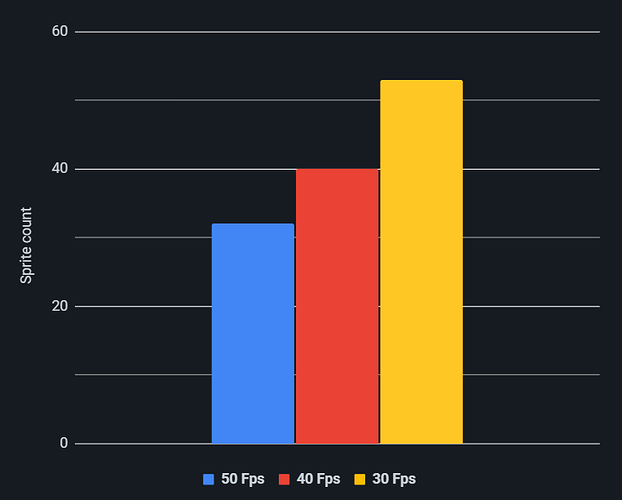 If you're aiming for simpler and more performant animations then you can write your own implementation.