Rocket Bytes is a reverse platformer flying game I've been working on for a while now.

You control a group of rocket ships as they fly around to collect fuel for their ship (a bigger rocket) in order to be able to fly home to their mothership (an even bigger rocket ship).
I'm planning to release the game for free with a couple of levels and a level editor so anyone can make and share levels with each other.

I have been sharing a lot about my game's development in my discord server in the devlog channel.

Stay tuned for more about the game,

I need this in my life.

My goal for the weekend was to make animations so I have started on the basic ones,
those being the rocket flying and sawblades sawwing.

I plan on adding a level end animation and making it automatically move to the next level this weekend as well.

I got my playdate yesterday so I now am able to test it on some actual hardware and this is great! So. Now the new changes and features!
*You can now collect energy. If there are energy items in the level, all of them are required in order to be able to finish the level.
If there's not the energy counter won't even show up.

Speaking of counters, you may also be able to tell I have some nicer icons for energy and deaths now.

Along with that I also finished up the animations for now with the level end animation (sound on!) and finally, I messed with the player hitbox as I sent the game off to a friend to test and both me and him were annoyed by the hitbox size
(old on the left, new on the right) 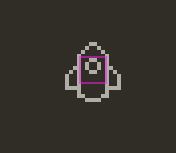 Join my Discord if you want to see this stuff as it happens, I almost constantly post dev stuff there

and of course, thanks for reading!

This looks really great! The gameplay looks super fun, and it's coming together as a really polished game.

Did you consider drawing each rotation of the space ship? rather than rotating the one image. I think it would look much better not having rotated/sheared pixels.

I could, however I like the 1:1 crank to player rotation. The sprites are double-sized so it actually looks far smoother than just rotating a small sprite. Will try pre-rendering some and see how that turns out later tho

This looks awesome! What if you changed how the larger ship flew, so there's more immediate feedback? I'm thinking like how actual rockets take off, where there's a flame and lots of dust and the rocket slowly lifts off, like this:

The dust could just be some simple particle effects, it wouldn't have to look exactly like that because I suppose it would be launching from a steel floor in this case.
1 Like
PossiblyAxolotl May 19, 2022, 3:26am #9

I’ll definitely be improving the animation sometime in the future, I’d like to spend a bit of time just building a particle system for particles

This looks great! I can’t wait to play it!

Hey! it's been a bit. I was planning on writing this on Monday but then i forgor but I am here now!
For Rocket Bytes I have mainly been working on making the level editor.

The first thing I made for it is a CRANK BASED MENU SYSTEM™️®️©️
You use the crank to select the item you would like to place from the list on the right and can use the A & B buttons to place and delete them.

you may notice "tiles" only places one type of tile. FALSE ADVERTISING

. But don't worry, that will open a tiles submenu with all of the tiles you could possibly imagine and more.
Power lets you place and remove the fuel things I talked about in my previous post, view hides the ui until B is pressed, and neither spinners nor movers are currently implemented.

The D-pad is used to move and select which tile you want to do stuff to as well so you can make a map bigger than 1x1.

You may also be able to see those super obvious looking rockets, the player and the exit for levels. Those can be moved wherever in the map with the A button allowing levels to already be fully playable at this stage

Lastly for the cool editor stuff I made a button to invert the colours of custom maps if you so choose and added a completely unnecessary save icon. It doesn't take that long to save, I just thought it looked cool and already made the icon : )

I made a more proper extras menu which will have a level select button to play main game levels, buttons to see the cutscenes, and a button to hear the music and mess with it. 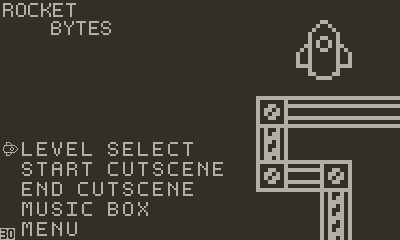 Because PD tilemaps don't seem to go lower than (0,0) I also added a wall that shows up at that point cause you can't place tiles back there anyway 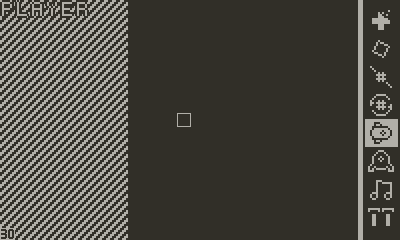 That's all for now, join my discord server if you want, I almost constantly post updates there. Thank you!

Mr. Axolotl you make me want to buy a Playdate right now

just steal someone's if you can't : )

So you probably think I've got a lot done.

Don't worry, I have done a fair bit of work on Rocket Bytes™️®️©️(patent pending), but a lot of this time has also been spent on boring school

(which luckily ends this monday)
Now onto the cool stuff

In case you didn't know Rocket Bytes is a sort of sequel / far superior version of my other game Rocket Bits and because of that I did have a few songs lying around but I've also made some new ones which I'll gradually by adding to the OST on Soundcloud. 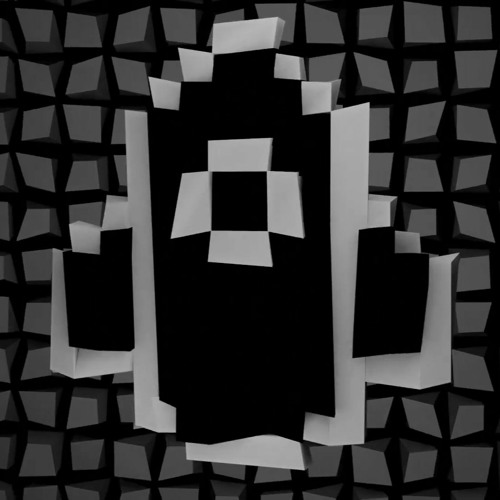 now on to the fun stuff!

Sawblades are cool, and just like real ones, the ones in Rocket Bytes move back and forth between 2 positions at a predetermined speed set by the player!

(the white line shows what saws are connected to what targets)

I may have made this one too fast... but you get the idea

GOOD TILES MENU (IT'S LIKE THE BAD ONE ONLY IT'S GOOD)

The tiles menu is way cooler (and usable) now! like the rest of the menu the crank is used to navigate and you can scroll through all 2 pages of tiles

LAST THING I THINK I'M NOT KEEPING COUNT OF THESE yup, funi music thing.
anyway thanks for listening to my Ted Talk, if you wanna see this stuff while it's happening join my discord.. thanks and bye!

Now moving over to your computer, make sure you have the levels you would like to sideload.

ROCKET BYTES COMES OUT IN 1 WEEK

Yeah! I'm currently finishing up a few levels but the game is coming super soon! You can find more details on the itch page but it's gonna be completely free (of course you can donate if you want) and has 15 main levels and 3 bonus levels built in (along with a level editor) 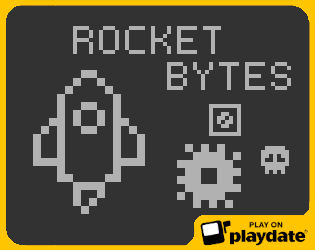 ROCKET BYTES IS OUT NOW!!

Here's the devlog on how I made it: 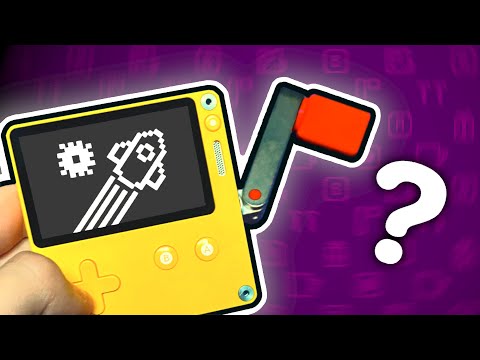 and here's the game!