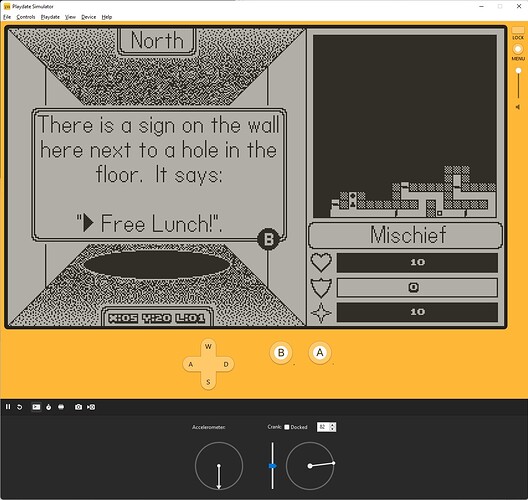 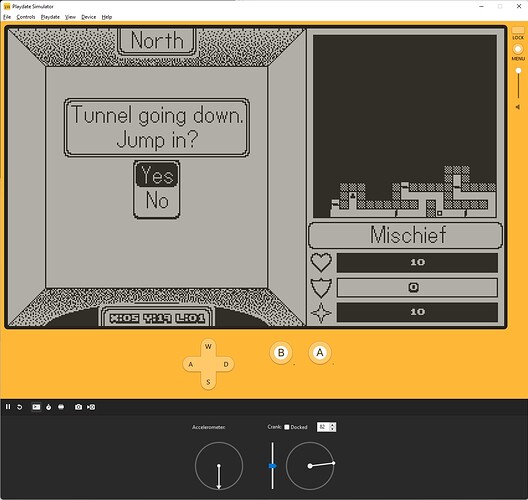 (excerpt from ongoing work on v0.2)

Hardware is finally starting to trickle in... I don't have mine personally yet, but... the SDK/Simulator seems to actually make stuff that runs on metal! 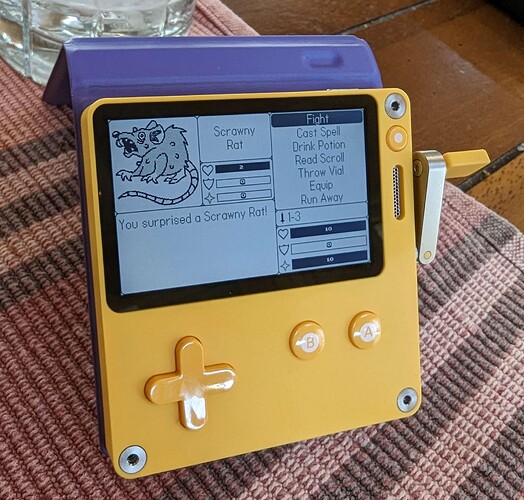 (minor) spoiler... there are games in the game: 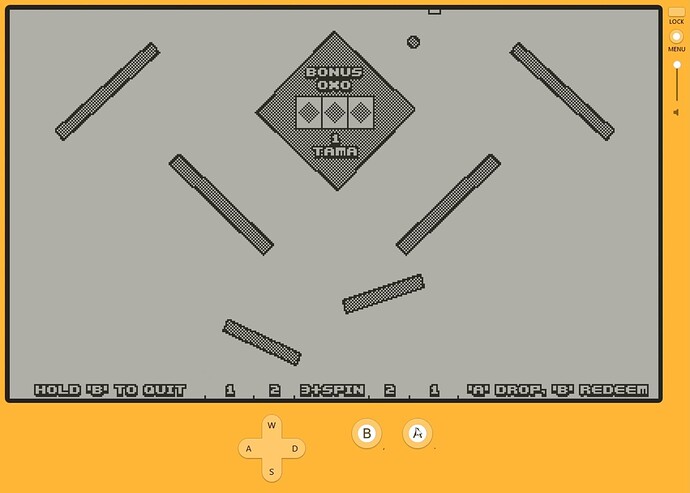 MP4 showing integration with Under The Tree and runtime play here. 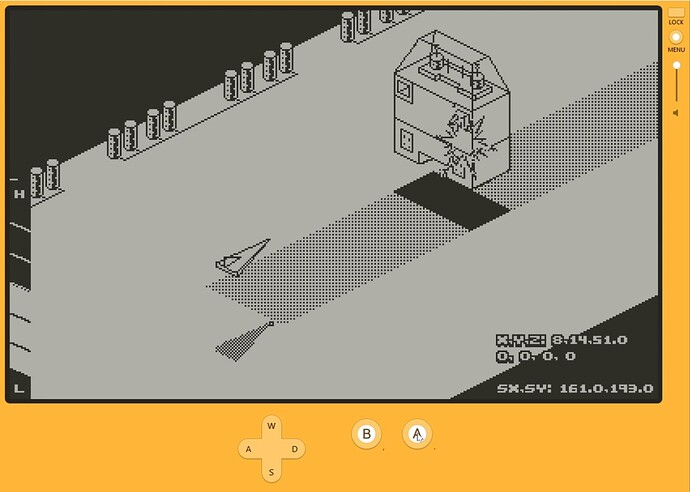 The villian(?) of the main RPG story is a fan of old 80's-ish-era arcade games, and as a morale booster for his monster-y horde has put an arcade cabinet somewhere on each dungeon level. So aside from the satisfaction of hack-and-slash dungeon crawling, by clearing a path through the monsters the player will gradually gain access to more than a half-dozen games of one form or another.

The plan is that once a player has fought through all levels and 'won' the game, they will have easy access to an area where all the game cabinets are also in one spot, and can then go back and 'just play the minigames' if that's what they want to do.

From an overall gameplay perspective, the above is 'per save slot' - so if the player wants to re-play the RPG portion they can start a new slot and retain the old 'cleared' one just for easy arcade access. This also provides for more than one person being able to play the game on a shared Playdate (as long as they're nice about not messing with each other's saves... hmm, maybe I should allow for putting a password on slots? Maybe that's 'feature creep'... will ponder it).

Anyhow, I don't want to spoil things much more than I have regarding minigame specifics

Mini-games, mini-games, how many mini-games?... Nine in total planned, eight are done, with the last one (a mini-platformer) in-work.

For that last one I am only now looking at the Playdate SDK 'sprite' system infrastructure, and it seems very well put together!

Started with the SDK 'Level 1-1' example as a starting point/base (I especially like the SDK platformer sample's integration with the 'Tiled' level editor, that's especially cool) - and the SDK code is a nice OOP intro for Lua coding newbies (like me). For that last mini-game, things are 'moving' along (added classes for moving platforms, projectile tossing, still more to come) - I took a snapshot/sneakpeek for folks: 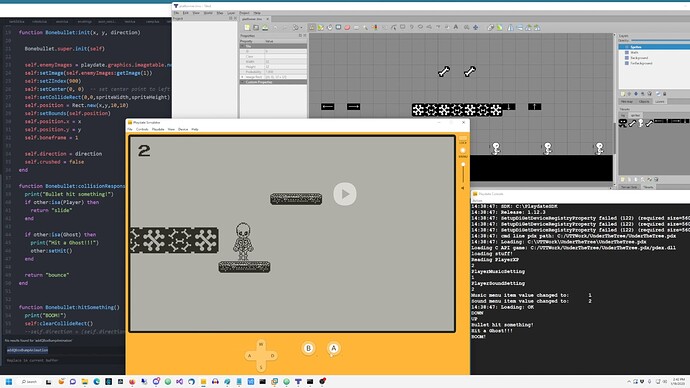 I'm really enjoying working with the Playdate SDK. Compared to what it takes to make something with Unreal etc. it's like a breath of fresh air. Kudos to Panic for providing such a fun development environment 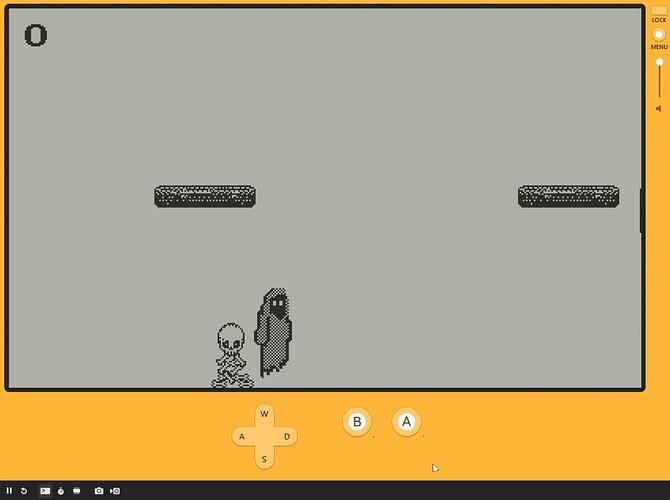 Don't mind me, I'm having fun

Still grokking the Playdate tilemap/sprite infrastructure... having a 'blast': 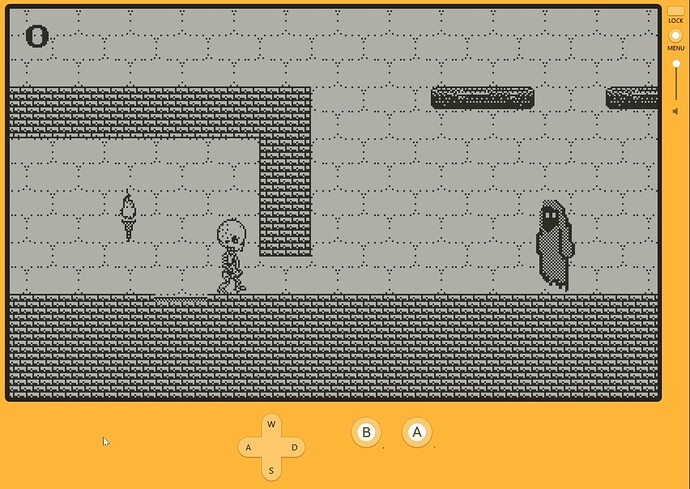