How do I import a sprite?

Hopefully a dead easy question - i’ve got a set of sprites / sprite sheets I want to import - how do I do this? Tried the Tile import but that doesn’t seem to do anything.

Files are 16x16 and 8x8 pngs with larger po2 sprite sheets. Tried with both 8 and 16 bit colour depths and with/without transparency.

Hello! This unfortunately isn’t documented well, since we mainly meant for assets exported from Pulp to then be imported into Pulp. But it works with any properly formatted .PNG!

So, your file should be a set of 8 × 8 px tiles. Save it as [name]-table-8-8.png. In Pulp, go to the Game tab, and down to the Assets section. Click Import next to Just tiles. If all has gone well, the new tiles should be available in the Room section, under the World layer. I hope that helps!

Yeah that’s perfect, many thanks Neven!

Thanks for this feature, but there’s one little issue: can you name imported tiles based on the sprite sheet name + the order in sheet? So we can generate some code offline to make a multitile character. Right now they’re just use global id as a name.

Also-also, do you plan anything to import frames for each of the tiles that way?

I tried doing this but my sprites are coming in a scrambled mess, what do you mean by "properly formatted" png?

Pulp expects imported files to look the way that files exported from Pulp would. You can export some tiles and see what those PNGs files are like.

The general idea is that all the tiles in them are on a 8 x 8 px grid. The file should be called something like [name]-table-8-8.png.

If they're not importing properly for you, let us know how you're importing them, and post the results—we'll figure it out!

Okay so a simple sprite draw in piskelapp at 64x64 and named test-table-8-8.png imports like this:

Which is correct. Black for the black bits, filled white for the white bits. No transparency.

These are the image settings - nothing fancy, just 32bit depth. 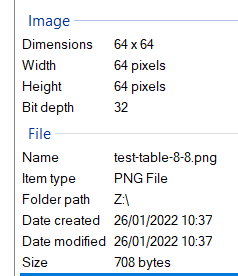 thanks for the reply, but still doesn't seem to work for me 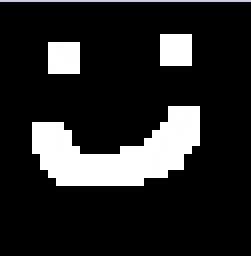 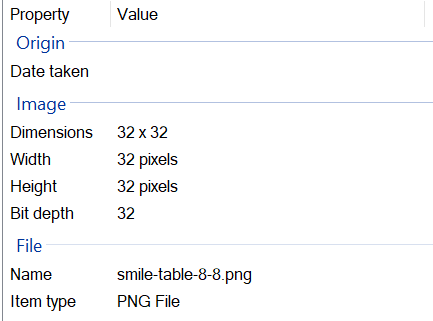 I dont know why this doesn't work for you.

Following this process works for me: when I tried go import a spritesheet, all of the imported tiles appeared as blank. Any things that you know may cause that?

yeeees i was hoping to import to frames!

I'm having the same problem as Rob. In fact, even tiles exported from Pulp are being imported with a weird white pattern overlayed on top of them. For example, here's a picture of the default player sprite, which I've exported and re-imported. 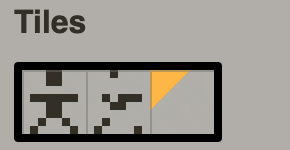 For reference, this is what I get if I import a single 8x8 tile that's just black. 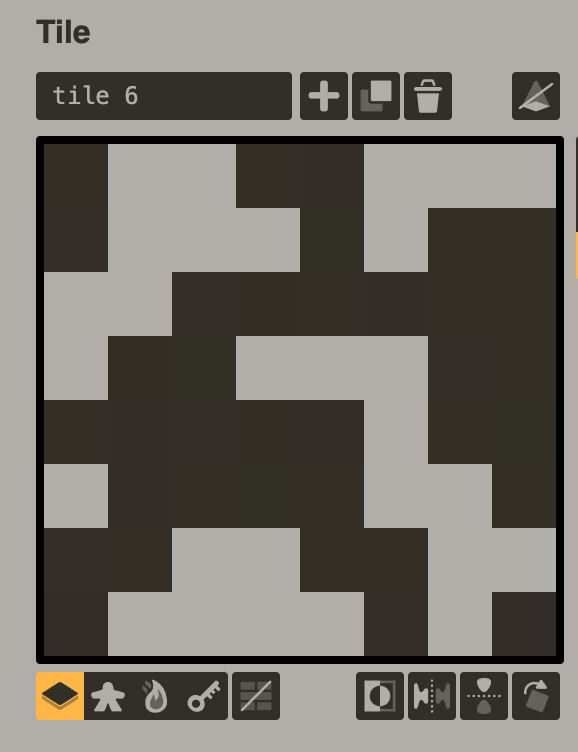 I was having similar corruption problems with import/export a tile when running Pulp in Brave or Chrome browsers on my MacBook Pro running MacOS High Sierra. But it works in Safari for some reason! Hopefully it can be fixed so others don't have to go through the same pains when they start developing in Pulp?