Let’s say you feel cramped by the 8 × 8 px size of the player tile in Pulp. Well, you can make a player that consists of two tiles! 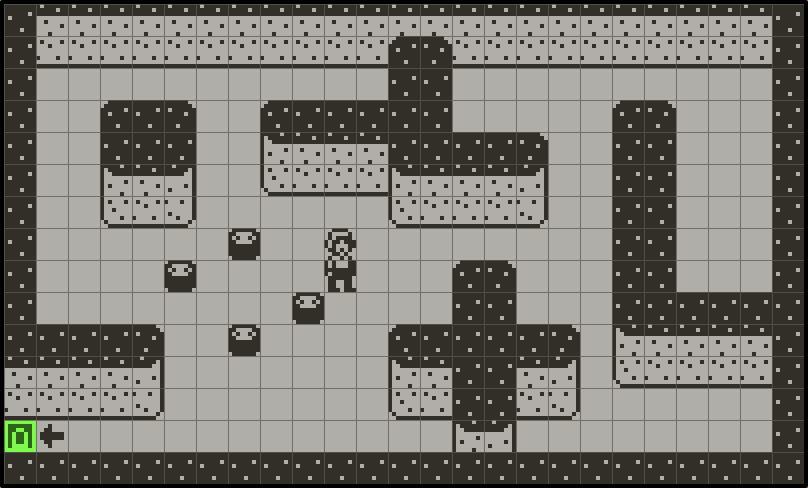 Here’s the basic way I achieve this in PulpScript:

And here’s the whole game, with some fancier code:
Player tricks.json.zip (4.4 KB)

In the starting room, the design is such that the head can overlap walls, for a depth effect: 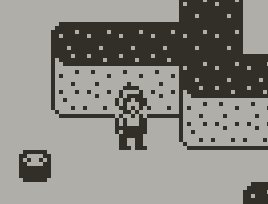 In the second room, on the left, the player never overlaps the walls. If you want this behavior, it’s achieved by simply placing invisible walls below each “real” wall tile; the head is still drawn over those invisible walls, but the player can’t enter them. 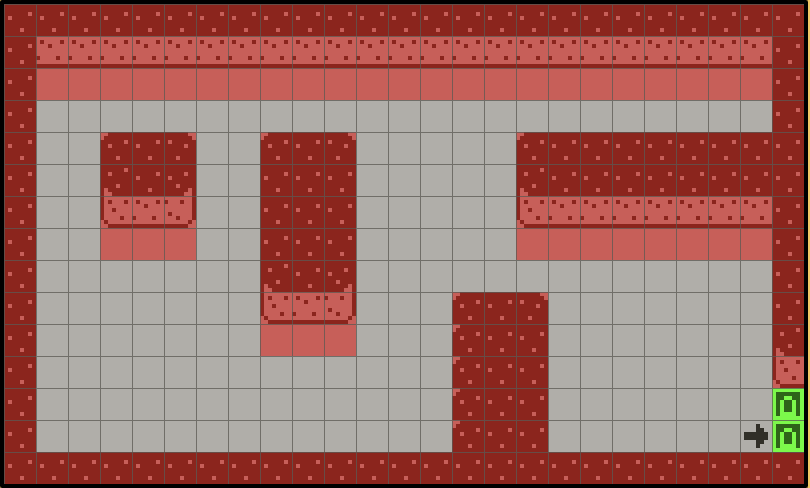 This game demoes some other potentially interesting Pulp solutions:

Hopefully you find these useful—if you find better ways of achieving these effects, or you have other player tricks, let me know!

Hey, this is lovely.

Over on the discord we've been coming up with a way of making a 2 tall player hide behind walls and came up with this. To get this result

This work is done by Drew-Lo#8012 & Neven on discord, I'm simply sharing it

I want to make sure I understand the logic.

So this code is in the Player script, right?

Then those tiles are no longer "walls" so you can walk on top of them, so the code checks if player is on one of those specific tiles, and if they are it 'hides' the player sprite (but not the separate 'head' sprite) which makes it look like the lower half of the player is behind the wall tiles.

You've got the idea.

Hey! I implemented the 2 tile code to my game and it works like a dream. Although when I exit a room and enter another, the player head sticks in the tile above where the exit was in the previous room until I move the player then it snaps back. Any thoughts on how to keep the head "attached" to my player? Thanks!

If you flick your code in here, we could take a look

on update do
call "calculateMove"
end

on draw do
draw "player head" at playerHeadX,playerHeadY

Try adding this to your player’s PulpScript (this assumes “calculateMove” is just responsible for positioning the head):

I've been using this for my project and I thought I'd post a few additions I've made to it.

My code allows the player to go partially 'behind' foreground objects, as well as animates their movement a tiny bit.

Do you mind uploading the json so I can see this in context?

This is neat. I wanted to make my survival horror have a 2 tile tall character.